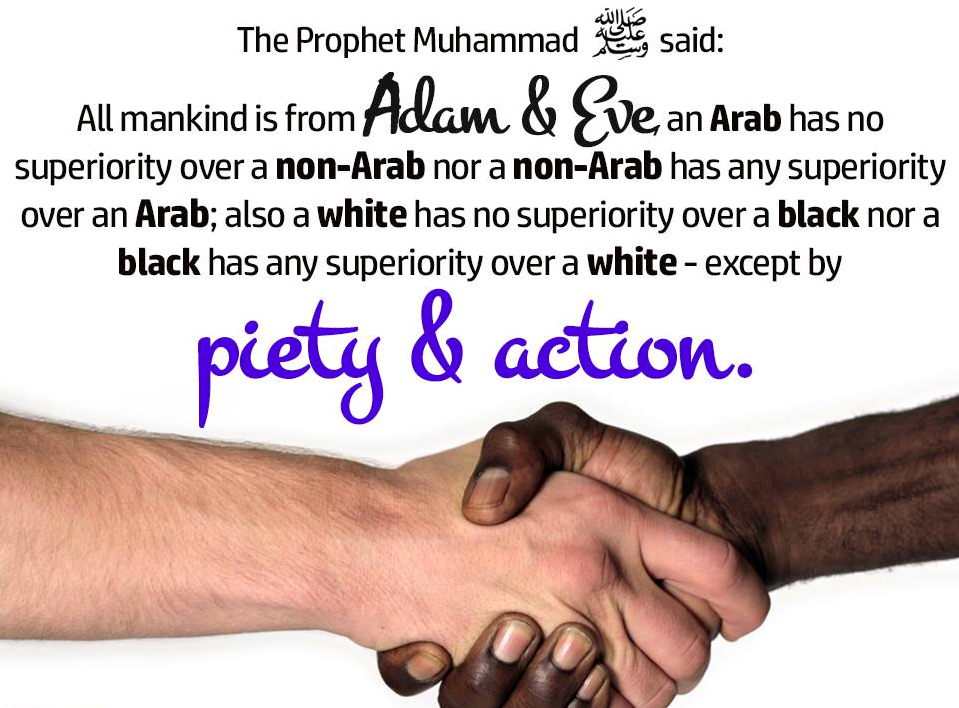 The Dubuque Tri-State Islamic Center extends its deepest sympathy to the family of George Floyd. Dozens of senseless and brutal beatings and innocent deaths have occurred of police brutality across the country. Racism must stop! Black lives indeed do matter and as Muslims we are commanded by Allah to stand with justice, to rise up against injustice, to uphold truth even against oneself and to call out falsehood even if against oneself.

As Martin Luther Kind said, "Injustice anywhere is a threat to justice everywhere." We must ask ourselves, as Muslims, what is our role? What are we doing to uplift and support those who are suffering injustice? What if the injustice is happening in our own backyard?

Allah says in the Holy Quran in Surat An-Nisa 4:135

Islam is known as a faith for all people and for all times. Muslims come from all continents and backgrounds, encompassing 1/3 of humanity. In the heart of a Muslim, there is no room for arrogance and racism. Allah tells us that the diversity of life, and the various languages and colors of human beings, is a sign of Allah’s majesty, and a lesson for us to learn about humility, equality, and the appreciation of differences.

It’s saddening to hear and witness all forms of racism widespread all over the world, posing a flagrant violation to all the norms and principles that call mankind to respect each other, and to let love and mutual altruism prevail in the society. This is the message of Islam to the world; that every member of human race has been accorded honor and dignity by Allah Almighty Who says in the Quran in surat Al-Isra, verse 70:

Allah also says in the Quran in surat Al-Nisa, verse 1:

According to these Quranic verses, Islam stressed the absolute unity in variety of the human race. Now let's find out how the Prophet Muhammad PBUH fought racism in the 7th century and set in motion universal principles that forever changed the discourse on racial equality.

Please watch the video below from Rice University Sociology professor Dr. Craig Considine talking about our beloved Prophet Muhammad in his famous Farewell Pilgrimage sermon and presenting the story of the first anti-racist:

Time and again the Prophet (peace and blessings be upon him) used to stress the unity of the human race in Islam. Suffice it to mention one hadith. The Prophet Muhammad PBUH once said:

“Allah does not look at your images or your colors but He looks at your hearts (intentions) and your deeds. Creatures are the dependants of Allah and the closest among them to Allah are indeed the most useful to His dependants.”

We know that our faith is incompatible with systems of racial hierarchy and we should all do more to put this knowledge into action. We should increase our efforts to do what our Prophet Muhammad PBUH taught us to do: recognize, expose and reject racism.
Islam clearly cancelled racism in theory and practice and also set for us the best example for humanity to follow.
May Allah SWT guide and protect all of us.

1 thought on “Islamic View On Racism”