Eid al-Adha (In Arabic: عيد الأضحى‎), also called the "Festival of the Sacrifice", one of the holiest days in the Muslim calendar, is the second annual celebration in Islam and considered the greater celebration. It is dubbed "the big Eid" (In Arabic: العيد الكبير) and regarded as more important than Eid al-Fitr, which is observed at the end of the holy fasting month of Ramadan. 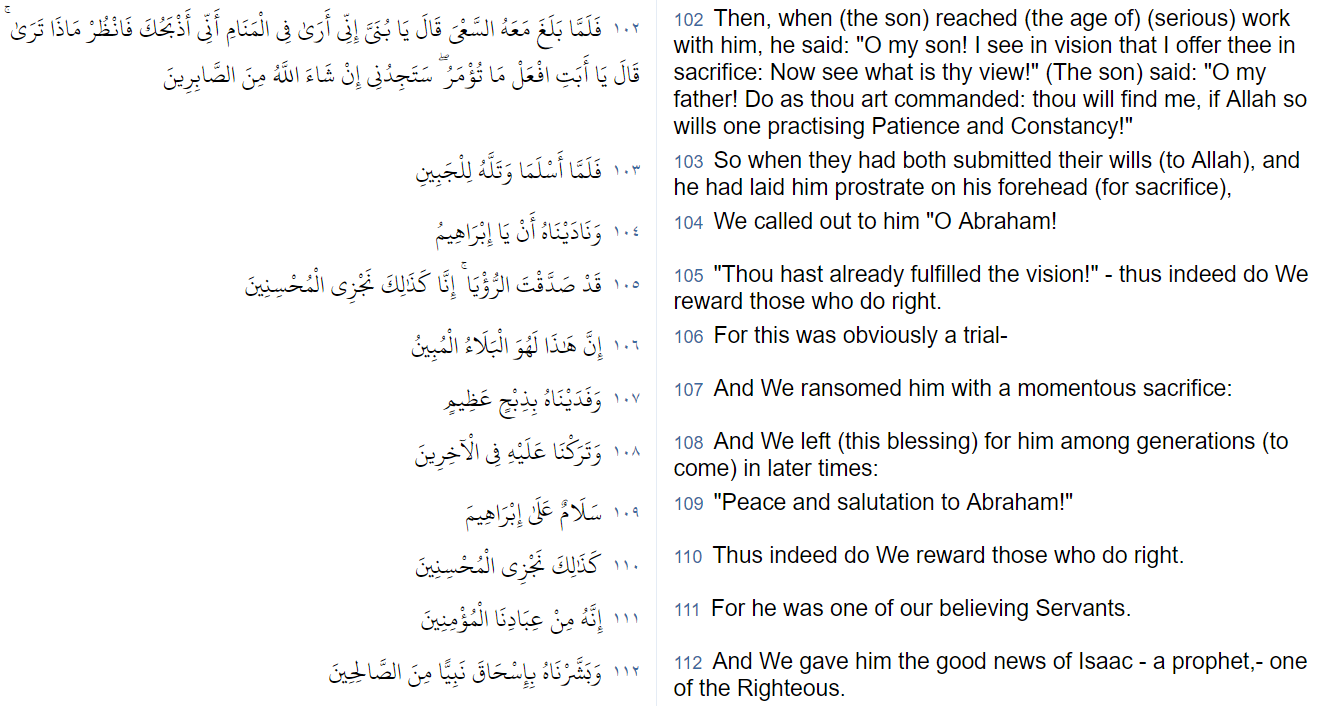 Muslims believe that Ibrahim PBUH was spared the heartbreaking task when Allah SWT provided a lamb for sacrifice instead. The sacrifice is a reminder of the prophet’s willingness to sacrifice something important to him for the sake of God, and reminds Muslims to not put worldly possessions before their relationship with God. The event is similar to the Christian and Jewish accounts where God asked Abraham to sacrifice his only son, Isaac, but then spared him from doing so. The event demonstrated the prophet’s devotion to God and willingness to abide by God’s commands.

Eid al-Adha, which is a four day celebration, falls on the 10th day of the 12th month of the Islamic lunar calendar, known as Dhul-Hijjah. Islam uses the lunar calendar, so the date for Eid changes every year, often announced by religious bodies in Saudi Arabia. It depends on the sighting of the moon that determines when Dhul-Hijjah starts. In contrast, Eid al-Adha is marked after the completion of Hajj, the Islamic pilgrimage to Mecca.

On the morning of Eid, Muslims typically decorate their homes, wear their best clothes, and head to a mosque to join Eid prayer. Most families host gatherings with traditional food at home, inviting others to join in the festivities. Muslims are encouraged to give to charity and focus on their relationship with God. Butchers will be busy as Muslims collect joints of meat to take home or to a restaurant to be cut up, cooked and distributed.

Eid al-Adha is a time where families and friends will gather to exchange well wishes, gifts and provide food for the less fortunate. The sacrificed animal is cut and divided into three parts. One share is given to the poor and needy, another is eaten by the family and kept for home, and the third is shared amongst friends and relatives. In many countries, the practice is carried out in slaughterhouses or at butchers. However in some parts of the Middle East this will be done in large open areas or even in the streets.

Eid is a public holiday in most Muslim countries. Shops, businesses and organisations are closed or change their opening times during the celebration, while theme parks and attractions are busy. Unfortunately and despite efforts, Eid is not a public holiday in the US. However, in some areas with significant Muslim populations, businesses may choose to close or open later in the day.