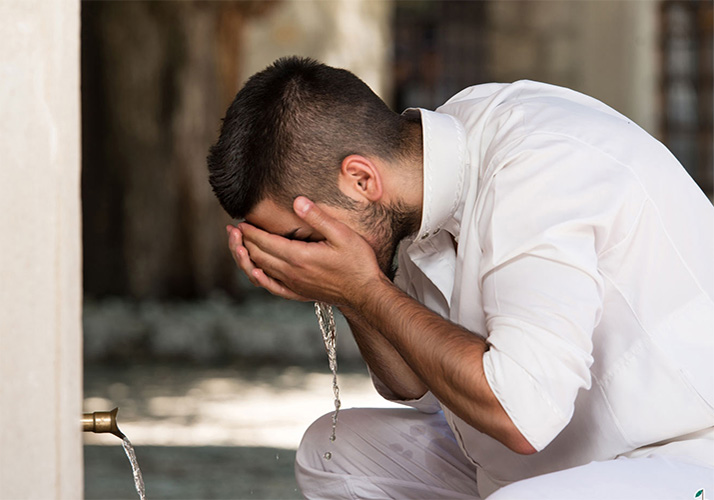 The Holy Quran spoke of four major acts in Sura 5(Al-Maeda), Ayat 6: {O you who believe! When you rise for the Prayer, wash your faces, and your hands to the elbows. And wipe your heads [with wet hands]. And [wash] your feet to the ankles}, that scholars agreed upon as being the main parts of Al-Wudu:

Among the eleven things that revoke your Wudu are three that all scholars agreed upon. These three are:

The other eight that scholars differed in opinion are: